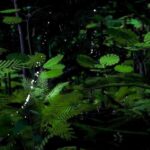 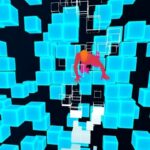 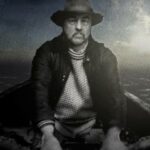 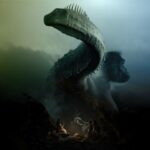 The Awards exhibition presents contemporary works selected by a team of top industry professionals. We prioritize story and the outstanding craftsmanship in animation; working closely with consultants from the Danish film institute and the Swedish film institute as well as with our international and national industry partners.

The exhibited works are

Gondwana is a multiplayer durational event, gently unfurling over 24 hours – in the world’s oldest tropical rainforest, an explorable, free-roaming representation of the Daintree Rainforest in Far North Queensland, Australia.

Goliath: Playing with Reality is a 25-minute animated virtual reality experience about schizophrenia, gaming and connection. Narrated by Tilda Swinton.

‘End of Night’ is an evocative VR experience that takes you on a journey through the darkest memories of Josef – a Danish refugee who fled Nazi-occupied Copenhagen in 1943.

The interactive VR experience invites the viewer to witness the rise and fall of a divided society. A civilization blossoms, with all its contradictions, only to become a danger to itself.

With Genesis you embark on a 24-hour journey to experience the dramatic milestones in the evolution of earth and mankind with a previously unknown intensity.

The exhibition is free but tickets need to be reserved via the link further down.

ANIDOX is a part of The Center for Animation, Visualization and Digital Storytelling, The Animation Workshop / VIA University College.

Galleri NBSankt Mathias Gade 14, 8800 ViborgNB Gallery is among some of the biggest galleries in Denmark. The keywords are artistic quality, dynamics, credibility and service. Photo: Bo Amstrup

29/09/2022 10:00 - 17:00
Page load link
We use cookies on our website to give you the most relevant experience by remembering your preferences and repeat visits. By clicking “Accept All”, you consent to the use of ALL the cookies. However, you may visit "Cookie Settings" to provide a controlled consent.
Cookie SettingsAccept AllOnly necessary
Manage consent