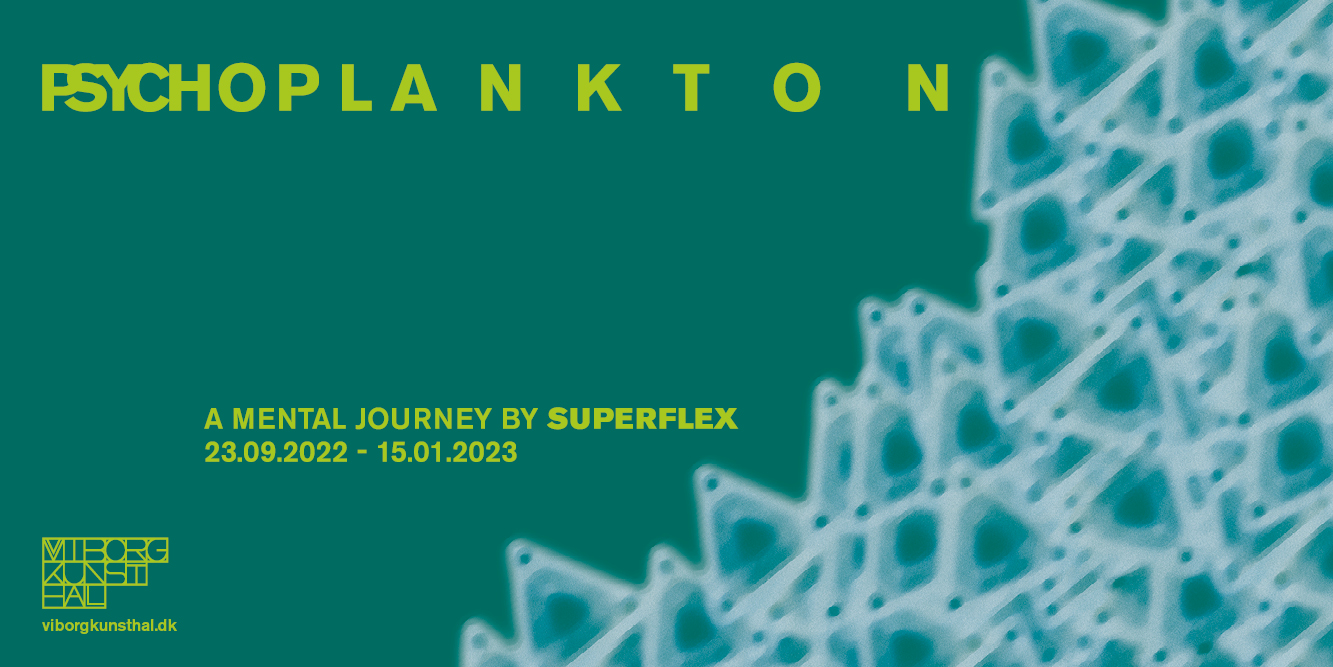 Plankton are too small to see, but they can form large enough masses to be seen from space. They are crucial partners in the work of keeping both the oceans and the air

Plankton are too small to see, but they can form large enough masses to be seen from space. They are crucial partners in the work of keeping both the oceans and the air healthy. How does it feel to be a plankton? To explore this question, SUPERFLEX designed a computer-generated plankton in a VR environment. Unsettling our perceptions of scale and otherness, Psychoplankton allows the viewer to mentally drift along with a life form that bears no resemblance to human beings, though we share a planet, an ecosystem, and a future.

If the viewer remains idle, then the world inside the VR disintegrates—the images fall apart, leaving an empty space only inhabited by strains of elevator music. This music is always in the middle of a song, seemingly never-ending, eerily familiar but unplaceable. The grandiose but banal melody simultaneously emphasizes and deflates the relationship between the microscopic, the cosmic, and the subjective. When the viewer starts moving again, the music fades, the visuals are reconstructed, and the journey continues.

Eventually, the journey takes us through Earth’s atmosphere, close to the surface, and into the ocean. As the microscopic world comes closer, the viewer approaches a phytoplankton, eventually entering it and taking on its perspective. The visuals become more fluid, and the viewer sees the world from another point of view.

Psykoplankton by SUPERFLEX is commissioned by Viborg Kunsthal / Viborg UNESCO City of Media Art, and developed in close collaboration with The Animation Workshop and Khora Contemporary.

The opening evnet is free of charge

Free entrance for the opening event