VAF Best Feature receives all internationally produced animated films of any genre. The length of the film is at least 40 minutes including credits.

The winner will receive 1500 euros

The winner of VAF Best Feature 2022 is: “My Love Affair With Marriage” by Signe Baumane

A special mention goes to: “Even Mice belong in Heaven” by Jan Bubenicek & Denisa Grimmova 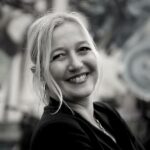 CEO & Executive Producer of the German based companies Dreamin’ Dolphin Film/Munich GmbH and Zooper Film/Ludwigsburg and the Danish based company Parka Pictures Aps.
Originally trained as a city planner/sociologist, Lilian began her career in animation in 1995 as a producer during the animated feature film productions „ The Fearless Four“, „Help I am a Fish „ and „Tobias Totz in the studio Munich Animation in Munich/Germany. Since then she has focused on international animated feature films, both 2d and CGI and animated tv series overseeing the development and the financing of various productions worldwide.
Her credits over the years include a variety of animated feature films as “Asterix and The Vikings”, „The Dolphin: Story of a Dreamer“, “Help I’m a Fish” and “The Fearless Four” and also highly acclaimed tv series such as LEGO „Chima“. The animated feature film „Latte and the magic waterstone“ was released worldwide in cinemas in 2020.
ELLI – the animated feature film, a German Canadian coproduction based on a story by Klaus Baumgart, started production in January 2022.
Lilian Klages is a professor at the film school in Ludwigsburg where she serves as a head of the study line „Animation Producing“ and a censor for the Animation Workshop in Viborg/Denmark.
She is a curator for the case study conference part of the Animation Production Days and is a founding member of Women in Animation/Germany. 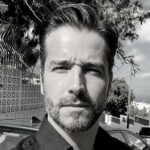 Damián Perea has more than 20 years of experience in the animation industry. For 14 years he has
produced Animayo, the only Spanish animation
“Qualifying Festival” by the Academy of Motion Picture Arts and Sciences for the Oscar Awards®

Through Animayo, he works to strengthen professional opportunities for education and development, especially with a focus on the new generations. He fights to promote a strong industry of animation and visual effects. In addition to Animayo, he also works as a director and producer, and he is currently an ambassador in Spain for the European Animation Émile Awards, a member of the European Film Academy of Cinematography (EFA), ASIFA Hollywood and a member of Egeda España. 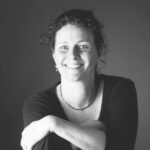